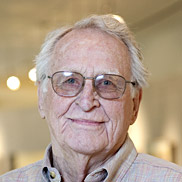 Founder & Chairman of the Board
Ph.D., University of Michigan

Prior to taking a position at Harvard Medical School, Don attended the University of Michigan where he earned a Ph.D. in epidemiology. Don’s commitment to science led to the inception of New England Biolabs in 1974. His scientific vision shaped NEB as the leader in the discovery and production of recombinant enzymes for molecular biology applications.

Don’s passion for science, art and the environment has also led to the creation of the New England Biolabs Foundation, a program that promotes environmental awareness and social change; and the Ocean Genome Legacy Program, which he believes will help to prevent the extinction of endangered sea life. His commitment to the environment is evident on the NEB campus; from the LEED certified laboratory that was designed to minimize its impact on the surrounding landscape, to the Solar Aquatics System®, designed to treat the campus’ wastewater. Don’s beliefs are deeply woven into the corporate philosophy; as a result, New England Biolabs has had the honor of being lauded with the “2009 Recycling Business Award” and the “2010 Best Places to Work” award by "The Scientist" magazine.

Although Don has stepped down from his position as CEO, he continues to serve on the Board of Directors. Don also maintains an active research laboratory at NEB. His interests include parasitology, epigenetics and the development of biofuels. Don’s current research focus involves the isolation and biochemical characterization of novel cellulases. 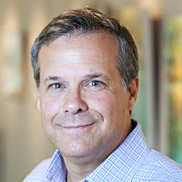 Jim joined New England Biolabs in 1984 as a bench scientist working to purify and optimize enzymes essential for DNA manipulation. In 1990, he created the Marketing Communications Department at NEB. Jim has more than two decades of experience in marketing, business development, brand management and strategic planning in the Life Science industry. He is active in both business and community affairs, and serves on the Boards of Directors of several organizations, including BioHelix Corporation, Ocean Genome Legacy, Save One Life and Science from Scientists. Jim is also a member of the Advisory Council for The Trustees of the Reservations. 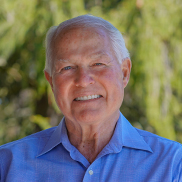 Rick joined New England Biolabs in 1982, having previously worked as a CPA in a private accounting practice. As Chief Financial Officer, Rick has final responsibility for all financial activities and reporting at NEB. Rick is also a member of several federal and state CPA societies. 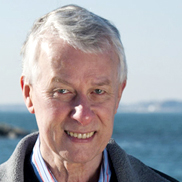 Rich has served as Consultant and Chairman of the Scientific Advisory Board at New England Biolabs since 1974. He joined NEB as Chief Scientific Officer in 1992. Rich was awarded the Nobel Prize in Physiology or Medicine in 1993 for his contribution to the discovery of introns in eukaryotic DNA and the mechanism of gene-splicing. His current research interests focus on enzyme discovery using bioinformatics, combined with the experimental testing of function. His main responsibilities at NEB are to guide research and set the scientific goals for the company. Rich often gives lectures and presentations worldwide and investigates potential opportunities for both scientific and commercial collaborations. He has served on numerous scientific advisory boards and holds honorary degrees from several universities, including Doctor of Medicine degrees from the University of Uppsala and Bath University, and Doctor of Science degrees from Sheffield University and Derby University. 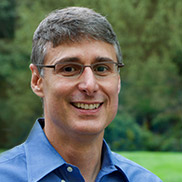 Tom joined New England Biolabs in 1997 as a postdoc, after completing his Ph.D. work at the University of Minnesota. As Executive Director of Research, Tom maintains an academically modeled department whose primary focus is to generate publication-worthy findings. These findings impact and augment the development of NEB reagents and workflows for molecular biology applications. In this role, he encourages both internal and external research collaborations, and works closely with NEB production, marketing, business development and applications and product development leaders to institute plans for new and existing products. Tom’s research currently focuses on enzymes and technologies involved in DNA repair and replication, with an emphasis on using these insights to create better tools and reagents for molecular biology and nucleic acid reading and writing workflows. 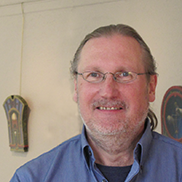 Maurice joined New England Biolabs in 1988, after completing a postdoctoral position at Advanced Genetic Science where he studied bacterial ice nucleation in Pseudomonas sp. His research studies at NEB included biochemistry, kinetics and expression of proteins and enzymes in E. coli from filarial nematodes and hyperthermophilic Archaea. In 2006, Maurice became the Technical Support Manager, and helped to coordinate and manage technical support for NEB’s entire product portfolio. In 2009, he became the Assistant Director of Production and, in 2014, the Director of Production. As Director of Production, Maurice oversees all operations within production, including fermentation, purification, formulation, process development, packaging/inventory and shipping. 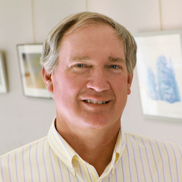 Ted joined New England Biolabs in 1984 as part of the Parasitology division, adapting techniques developed for studying neuronal surfaces to the study of filarial nematodes. He became a Product Manager in 1990, eventually developing and producing products across most of the NEB product portfolio. In 2006, Ted became the Assistant Director of Production, focusing primarily on integration of production with research and development activities. In 2009, Ted became the first director of the newly created Applications and Product Development Department. As Director of Applications and Product Development, he oversees development teams in DNA Enzymes and Cloning, RNA Products, DNA Amplification, Glycobiology and NGS Sequencing products. These teams shepherd new products from proof-of-concept through commercialization. 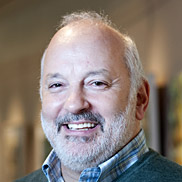 Peter joined New England Biolabs as a postdoctoral researcher in 1987, after receiving a Ph.D. in Biochemistry and Genetics from Princeton University. His postdoctoral work focused on the cloning and overexpression of the BamHI methyltransferase and the regulation of the methyltransferase gene. Peter became the Director of Marketing in 1991, after establishing the first wholly-owned subsidiary for NEB in Toronto, Canada, and has served as the Executive Director of Global Business Development since 2005. His current role at NEB involves leveraging the commercial and scientific resources of NEB in partnering, technology acquisition and identifying new ventures on a global basis, as well as direct oversight of all 7 NEB subsidiaries. Peter also volunteers as a board member at various non-profit organizations in the Boston area. 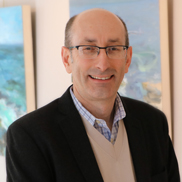 Andy joined New England Biolabs in 2009, having previously worked in a variety of R&D, marketing and senior management positions at Amersham, GE and Promega. As Executive Director of Marketing at NEB, Andy is responsible for the development and implementation of NEB’s marketing strategies and tactics, across its entire product portfolio. Andy also oversees its US Field (Sales) and Customer Service activities and organizations. His role at NEB involves the direct management of the customer service, marketing, and sales professionals, covering the disciplines of market research, product management, channel and order management, US sales, digital marketing, and scientific and marketing communications. Andy is also the NEB representative at the Analytical, Life Science & Diagnostics Association (ALDA) Executive Management Meetings and an Advisor to the Association of Career Professionals - Life Sciences (ACP-LS). 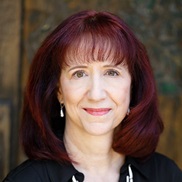 Sharon joined New England Biolabs in 2014, having previously served as Chief Information Officer (CIO) at Abiomed, a medical device manufacturer in Danvers, MA. As the Director of Information Technology of NEB, Sharon is responsible for the development and implementation of NEB’s global IT strategies, aligning closely with all NEB business units, and for managing the IT operations and system applications groups. She is a frequent speaker on various topics around information technology and leadership, and serves on several industry advisory boards. Sharon was honored as a recipient of the 2014 CIO of the Year Award for Healthcare / Life Sciences by the Boston Business Journal. Additionally, she has served in several roles for the Americas SAP User Group (ASUG) and currently serves on their board of directors. 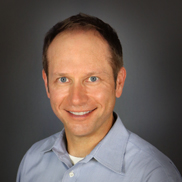 Joe joined New England Biolabs in 2014, having previously served as Deputy General Counsel, Vice President and Assistant Secretary at Life Technologies Corporation, and prior to that as Associate General Counsel and Assistant Secretary at Invitrogen Corporation. As General Counsel for NEB, Joe is responsible for overseeing all of NEB’s legal needs. Joe has been a member of the California Bar Association since 1997, and a member of the Association of Corporate Counsel since 2001. 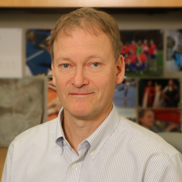 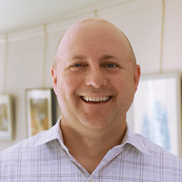 Lance joined New England Biolabs in 2011, having previously served as Director of Internal Biologics Quality for Lonza Biologics. Lance has over 20 years of Quality Control and Quality Assurance experience in biologics and biotechnology. As the Director of Quality Assurance and Regulatory Affairs at NEB, he is responsible for helping NEB achieve and maintain ISO certification, and is currently leading the effort to establish NEB’s cGMP compliance strategy. Lance is a member of the Parenteral Drug Association (PDA), International Society for Pharmaceutical Engineering (ISPE), American Society for Quality (ASQ), Regulatory Affairs Professionals Society (RAPS), and MassBio. 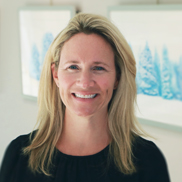 Linda joined New England Biolabs in 2008, having held HR roles of increasing responsibility with companies in the healthcare and technology industries. Linda brings over 20 years of extensive HR experience and 13 years in leadership positions. As the Director of Human Resources for NEB, she is responsible for overseeing all aspects of human resources including, talent acquisition, benefits, compensation, organizational development, employee relations, training and compliance. Linda is a member of the Society for Human Resource Management and the Northeast Human Resource Association. 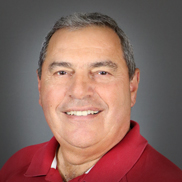 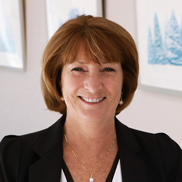 Carole joined New England Biolabs in 1988 after completing a postdoctoral fellowship at the Center for Tropical Veterinary Medicine, University of Edinburgh, UK, where she studied the metacyclic differentiation of Trypanosoma congolense. She began at NEB as a postdoctoral researcher in the parasitology division studying the immunological response of mice to Brugia malayi infections. In 1994, she moved to production where she was responsible for the production and purification of various enzymes in the NEB portfolio. In 1998, she moved to the marketing department where she provided technical and sales support for the international distributors. In 2005, Carole was appointed Associate Director in the Global Business Development department, and in 2012 she became Director of International Business. In her current role, Carole manages NEB’s extensive international distribution network which includes 7 wholly owned subsidiaries and more than 50 distributors and agents worldwide. 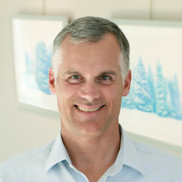 Mike joined New England Biolabs in 2016, bringing with him over 25 years of experience in the Biologics and Medical Device industries, having most recently served at the Lonza Biologics Singapore and NH facilities where his roles included: Director of Engineering and Facilities, Site Manager, and Head of Strategic Development. In his current role at NEB, Mike leads a team to support the construction, start-up, and operation of the NEB GMP production facility. 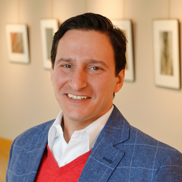 Sal joined New England Biolabs in 2007 as the Associate Director of Business Development. Prior to joining NEB, he served as the Director of Reagent Marketing at Caliper Life Sciences/Perkin Elmer and as Business Development Manager at Cell Signaling Technology. Sal has a passion for technology and the role it plays in transforming our health, our understanding of biology and ultimately the world we live in. In his current role, Sal leads a team focused on cultivating business-to-business relationships with some of the brightest molecular, cellular and synthetic biologists, engineers and technology developers to bring their groundbreaking ideas to market.